Becoming a Channel for Divine Healing Energy
by P.B. 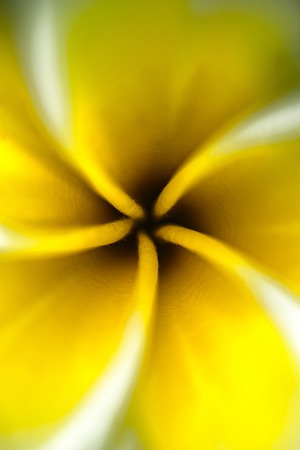 In early 1999, I witnessed an immediate healing of which I will never forget. Even though it was not spectacular, like raising the dead or healing the blind, the wonderful experience of the immediate reaction to action due to the divine healing energy impressed me profoundly and burned itself in my memory. It was the start of my becoming a channel for the Divine healing energy.

This healing experience happened just shortly after meeting Sri Kaleshwar for the first time, at his ashram in Penukonda. I came with a group of other Westerners to celebrate his 26th birthday on January 8, 1999. It was a very auspicious day and late at night, we were blessed by participating in a powerful Yagnam (Vedic fire puja) in the Baba Temple. We were surrounded by hundreds of Indians, and thousands more waiting outside on the ashram grounds. Earlier that day, Swami had been extremely busy taking care of of his Indian devotees and later had found time to give an inspiring talk on top of the Mandir roof to the small group of us Westerners. Above us the magic of a dark blue night, illuminated by a million sparkling stars, filled us with the sweetest fragrance of the divine nectar and abundance of pure love, which flowed from Swamiji every single moment.

Long after midnight, we had to travel back to our hotel in Bangalore, due to the limited accommodation facilities in the ashram in the early years. Soon after, the whole group got ready for a trip to Hampi on partially bumpy and rocky roads which would last for hours. We had all signed up for a Swami’s intensive meditation and knowledge course, which was scheduled to take place in Hampi, the famous ancient kingdom of Krishnadevaraya.

During those weeks, I learned to meditate for hours at a time, sitting on the holy grounds of some of the most powerful ancient temples and divine heritage spots in India. At the same time, my brain was blasting with the vast information of Swami’s teachings of the sacred knowledge, and the meditation and healing techniques which were taught by either senior students or Swami himself..

Even though I was familiar with energy healing, chakras, normal meditation, Reiki, and Western healing systems, this was in a certain way very new. I could definitively feel and experience that the energies accumulated and released during our special meditations or yagnams blasted all what I had learned and experienced so far. I was literally burning inside out, with huge shakti energy flowing into and through me, as it started to open the unique divine channels within me.

This particular meditation course focused strongly on the knowledge of the Sri Chakra System, which Swami had already taught before, so two senior students passed it on to all of us. Actually, it required that each person had practiced and charged the Five Elements Process, which I did not know. So, I had to jump into learning the element mantras, starting with First Earth, just knowing it in my mind. Luckily, I received a full charging of the elements’ energies through Swami, which enabled me to directly start with the Sri Chakra Mantras at that time. After spending an amazing time in Hampi with Swami, after the four week meditation and knowledge course was over, I went back to Pune, India, where I was participating in dance training.

During the time in Pune, I had early morning dance classes, and it was at this time that I started to work with the new healing techniques and channels I had learned from Swami. In one of these classes, one of the other Western ladies participating there twisted her ankle very badly. dropping to the floor with shouts of pain. Her ankle joint swelled to triple its size within a minute. Many of us came over to her, to check what happened.

Seeing her condition, I immediately implemented my Reiki practices. Carefully, I put both of my hands around her swollen joint, slightly touching the naked skin. However, for the first time ever, I did not apply the Reiki energy system, but directly used the healing channels that Swami had taught and blessed us with in Hampi. Without communicating with the lady, I simply closed my eyes, hugely opening my heart and deeply connected to Swami, allowing the divine energy to flow through the healing channels which he had opened inside of me. Without thinking, I found myself silently chanting the first earth element mantra. Of course, I knew the accurate healing technique would have been to give shaktipat to her 3rd eye, when using the 1st earth element mantra, but that is how it was.

Within a short time, I felt an extraordinary energy flowing through me and at the same time, totally unexpected, I could feel a huge energy literally being pulled out through the back of my hands. Even though I clearly felt something had been pulled out, I kept my eyes closed, focusing on the recitation of the mantra and my internal prayer for healing.

However, I was interrupted by the astonished voice of the injured lady, asking, "What did you do? I just felt as if you sucked all my pain out – all the pain got sucked out at once. All my pain is gone!’ Well, that was the turning point making me look at her, for sure with a huge smile in my heart and on my face. I was amazed and blown away myself – I felt it was such a great gift and miracle that this lady literally felt the same immediate reaction of the healing energy affecting her body. I felt some energy being straightly pulled out through the back of my hands and simultaneously she could feel, how the pain got sucked out of her twisted ankle, simply disappearing. How WONDERFUL to witness this. This experience, of a complete new dimension of physical healing, gave a direct taste and clear picture of an expanded reality, showing that there is so much more possible then what we normally think.

I felt the deepest gratitude to Swami and the Divine that I was allowed to be the tool or channel for the divine healing energy to flow through me for spontaneous healing. To be honest, for myself and that lady it was a direct experience of a tiny miraculous healing.

Last, but not least, we all know from the real powerful miraculous healings which Swami did countless times, that my little story is nothing but peanuts. However, it left a beautiful trace of the experience of healing possibilities inside my heart, encouraging me at a young at age, to focus on working with the healing energy channels wherever I was.

Since then I have found myself many times being used as a channel for the divine energy in many different healing sessions, not only for the body, but also – through the grace of the powerful teachings of Swami – for the heart, mind and essentially for the soul. Seeing many different results with various people, it gave the awarenessthat we are nothing but an instrument in God’s hands and that the results of a healing are always due to the Divine Grace. Therefore, we can sometimes witness great and immediate results, whereas other times it seems not to work. Yet, that’s only on the surface, because the Divine healing energy will always have its effect to the best and greatest extent possible, due to the patient’s soul and the individual karma. Knowing the wonders Jesus did and what he learned in India, the ancient power channels, we may open up our belief systems to understand that the impossible can be made possible once we know the mechanism. Maybe one day we will be able to raise the dead and heal the blind, like Jesus once did through his miraculous powers and pure Divine love energy.

With all my love and gratitude to Swami, Baba and Jesus and our whole Guru Parampara lineage, who are actually the oneshealing, working and blessing through us, with their divine energy and pure divine love.