Swami Heals My Daughter
by A.B. 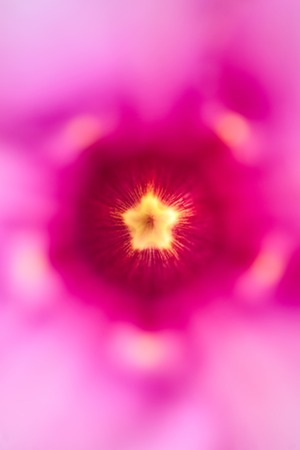 Two days before leaving for the Shivaratri Program, 2009, in a swirl of suitcases and toiletries, the phone rang. It was my daughter, then age 23. Biting back tears she told me that her body was no longer responding to her medications and that her kidneys were starting to go into failure. My heart stopped. I knew too well that the cause of death for people with Lupus is often kidney failure, and western medication options are extremely limited for this. She had exhausted her options. My boyfriend had lost his brother, virtually overnight, that way. Feeling helpless and trying not to burst into tears, I feebly told her not to worry, that everything would be okay.

She had already received a number of healings, each having a profound effect on her symptoms, including stopping complete hair loss, which is particularly devastating to a young woman. But now, my daughter was dying and I was supposed to leave for India. Why this, why now, what was I supposed to do?

My first impulse was to fly from New York to California to be with her. But I know too that our commitment to the Divine is always being tested. I struggled for clarity, and prayed for the answer. It was two torturous and sleepless nights. Was it enough to go there, give love, pray and have faith? Can fate be changed? I played every scenario over in my mind, searching for the best way to help her, all the while agonizing over a strong sense of duty to God and the mission. Finally, the answer came. I needed to talk to Swami personally, which is nearly impossible these days.

I left on schedule for India with a strong intention to ask Swami as soon as I got there to do a distance healing on my daughter. When I arrived at the ashram it was the usual intensity that surrounds a program. My group was put in charge of the organization and distribution of 100,000 lotus flowers, a key element in the entire ashram’s process. It was a job we had done at four other programs and something I would ordinarily enjoy. However, this time I felt huge stress, particularly when Swami told our group that under no circumstances could we ask him any questions about anything until after the program was over. I was in shock. It was a direct order from the master so I could not ask him to do a healing.

After a tsunami of emotions and deep despair, I resolved that I would get the request in after the program ended. The guilt over leaving my daughter was severe, pressing on the old button of the working mother who always felt she wasn’t at home enough for her child.

As the program was winding down I was sitting at bhajans in the temple. I was leaving the next day at 5:30am and Swami was nowhere to be seen. Anticipating that a moment with him might not present itself, I had left a letter to him in the office asking him to do a healing on her.

My phone rang. I ran out of the temple to answer it. It was my daughter, in tears. She had gained over 35 pounds of water weight in the past two weeks that I was away, and both of her kidneys were at 70% failure. It took every ounce of strength not to cry. Time had run out and I had failed. Shaking, I walked back into the temple. Out of sheer desperation I said, “Baba, PLEASE HELP ME!!!!” Moments later Swami came downstairs and walked out of the temple. My heart was pounding and my knees went weak.

Swami was alone, but on the phone. I stood back, waiting. Soon everyone was heading back to their rooms. I started to panic. It was all I could do not to cry, and I needed to hold it together to talk to Swami.

Suddenly Swami walked in our direction, so I moved closer to him and waited. Then like a tired parent who knows you need something and wants you to get to the point, he said, “What?” Choked up I told him briefly, gave him a picture of my daughter and asked him to do a healing. He looked at it for a while pensively. Then he said, “Okay, it is up to the Big Boss.” When I was out of Swami’s range I began sobbing uncontrollably.

My daughter’s water gain stopped the next day! Several weeks later she had lost the 35+ pounds of water she had gained and her kidneys had stabilized. Months later the phone rang, “Guess what, Ma? My blood test came back normal!!!”

I am forever grateful, thank you, Swamiji, and the Big Boss, Jesus.