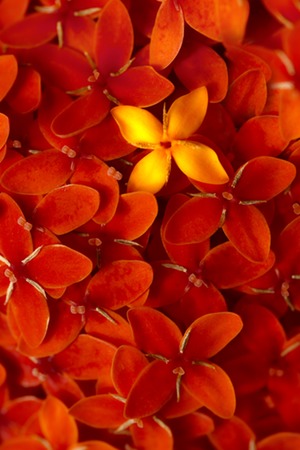 Becoming a master, how to get there? You need a master in order to become a master. Without a master, there is no chance. Every master needs a master to guide them through all the illusions, all the blocks, to train you and to test you. Maybe we will be having darshan everyday, like Ramakrishna Paramahamsa with Mother Divine, talking to Her or giving darshan of Her to our own students. Still my mind is sometimes like, “Ok, is this true? But this is the mission. He’s not joking.” Jesus said, “My students will become greater than me.” My mind always says, “That’s nice, but is it true? We will become greater than him?” Well let’s be humble here; let’s say our students will become greater than him. But before that can happen, the master needs to train us. He needs to make sure that our monkey mind is under control.

If the monkey mind is in charge, can we make the right decisions? It can be that you’re standing in front of Mother Divine, like in the story with Ravanasura, one of the rakshasas, standing in front of Shiva. He meditated for hundreds of years to see Shiva and did really amazing sadhanas, amazing austerities. In the end, finally Shiva is there. “Ok, what do you want?”

When Shiva is there, the Mother is there. When the Mother is there, Shiva is there. So Ravanansura sees Mother Divine and his kama block, his desire kicked in. He had hundreds of years to think about what he really wanted and in that moment he asked for Shiva’s wife to be his wife. Whoo, what an illusion. Ok, that’s his bad luck. He just messed up. It’s a lesson for him. Of course, Shiva is Bolo Shankara, the giver of boons. Shiva gives it to him. Although it’s a crazy thing, Shiva said sure.

Of course Mother Divine is like, “What are you talking about? You can’t just give me away!” But Shiva is Bolo Shankara. “Ravanansura did his sadhana, he deserves it. Ok, here take it.” Of course, Shiva knows at the end everything comes back, the circle is round.

But, Ravanasura first got the prize. He came back into his kingdom and Mother Divine was riding on his horse behind him. All the people living in his kingdom, the moment they saw Her, couldn’t handle Her energy. She’s also Mahakali. She is Mahakali! They are seeing Mahakali. On the spot, they’re dying of a heart attack! In the end, Ravanasura’s master opens his 3rd eye to see what kind of stupidity he just did there. Of course, he is letting Her go back to Shiva. You can see what kind of karma Ravanasura created there? He killed thousands of people in his own kingdom. Out of his desires he asked for the wife of Shiva, instead of the beautiful boons for hundreds of years he was planning to get.

It’s the master’s duty to make sure that all of those blocks are washed and our mind, our desires, are under control. There is also a deeper mechanism about the blocks. It seems like we are trying to hold onto to our blocks because if we lose them something in us is dying. One part our ego and our mind are thinking that. One part, especially in the Kali Yuga, it seems like all the rules that we are learning is hold onto your blocks and hide them. If you don’t touch my blocks, I won’t touch your blocks. Those are the society’s values. We’re creating beautiful mechanisms to keep them forever. And when they pop up we create even more of them to keep protecting them.

The master’s duty is to make sure that they are washed. If you hurt someone, break their heart, what a terrible karma is there. Since we were trying to hide our blocks and keep them in the cabinet, it is an important mechanism to make sure that they are getting out there in front where you have to look at them. We have to have the willpower and the strength and the willingness to look at them, there is no way around it. Of course, the master can take parts of it, but one part we need to wash that karma. We need to go through, and also we need to really experience it. If we really want to become a master, we need to go through them. So one part we should embrace them and say, what a great opportunity to have that fear or whatever block. Let’s experience it, let’s be honest to ourselves. I have fear, ok.

Many years back, it was a beautiful joke for everybody, except for me, when Swami was talking about me, saying he was going to put me alone in the Dwarkamai with a snake completely naked, except for a tiny piece of cloth covering a very important spot. He wanted to put some mice around my waist then he would burn the cobra’s tail and close the door! And on top of that, he would put a camera inside so that everybody outside could watch me! I don’t know about you, but that triggered some fear in me every time he said it. Swami said, “You want to do it?”

I’m like, “Of course.” I want to be a good student, right? “Uh, sure.” “You have fear?” Swami said. “Um, it’s okay.” But I never ended up in the Dwarakamai with a cobra, I never needed to because the cobra was sitting right here. It is the fear. He created the fear. It was a beautiful test, meaning a training and opportunity for me to look at that block, to look at that fear.

So the master makes sure it’s right in front of you. Of course, he even makes it bigger, you know, wherever you turn. You can’t turn away from it even if you try. He’s the Nature in that moment. The Nature is reflecting us. Before the diamond can become a diamond, it’s like a rough piece of rock but inside is the diamond, and before it is a diamond it needs to be cut. The master makes sure of that.

As I said earlier, it feels hard but it’s a blessing. But once you’ve gone through it, you have the strength, and he makes sure you have the strength eventually to go through it. He tries over and over. I mean, I came here for many years, maybe you remember in how many programs he brought up the cobra, and that was not the only opportunity he was playing and helping me to overcome my fear.

That’s the greatness about the master, however long it takes, how many lifetimes it takes, he’s there for us. No matter how mean we are to him, however many times we’re blaming him and judging his behavior.

The Guru Parampara is there, making sure we’re reaching our goal going through with us. Sometimes it looks like he’s sitting on the other side, it looks like he is against us, because he needs to play the Nature. They need to look like they are our fear, thats the mirror, he is the mirror. But what you see is yourself.