The Gift of Giving to Others
by R.C. 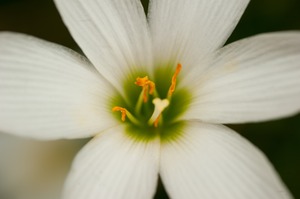 Last March we moved to Cincinnati. I wanted to find a way to offer my time to the community and found ‘Meals on Wheels.’ It is an organization supported by government money that delivers food to the elderly who are in their homes, and not able to cook for themselves.

The route I was given was really nice, and the people were mostly all women and to my surprise, mostly over 90 years old! First of all, to have an opportunity to be around people of this age is so rare these days and such a gift.

It has taken time to develop my relationships. First, I would stand on the porch and they would talk and talk and talk to me. Now I’m going into their houses, and sitting on their couches, making sure that I leave enough time to give each person at least ten minutes.

Her husband had just died at 93 years and she is 92. She took care of him for years with his cancer. After several visits talking in the living room with her, I came the next time and she had managed to get in the kitchen and make a pie. And it was a big deal that she had made a pie at 92 years old!

The miracle of that for me is to see how much friendship, love and attention I’m giving, and how that is reflecting back. It’s such a great to recognize, to see how the energy expands.

The other day, another woman sat in her living room and said, “I’d give anything for a home grown tomato.” So now I’m on a search for home grown tomatoes. She is going to teach me how to make fried green tomatoes! We can eat them together.

This all expanded from just standing at the door knocking and then handing the people their bags of food. Now, six or seven months later, I’m an active part of their lives. I want to encourage everyone to have this type of fulfillment. It’s wonderful for them, but it’s also such a gift to me.