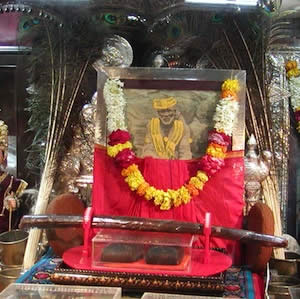 People from around the world have witnessed Swami Kaleshwar’s divine gifts: hundreds of miracles have been documented; thousands and thousands have experienced healings by him; his books and teachings reveal knowledge never before given to the world; he travels the globe helping and healing more and more people each year, as well as giving talks on the depth and breadth of the sacred knowledge of India that has been passed down to him. Yet, when asked what he feels is his greatest gift to the world, he simply says, “My students.”

Every soul has the potential to reach the level of a Shirdi Baba or Jesus and contribute amazing things to the world…That’s my golden statement.

“Every soul has the potential to reach the level of a Shirdi Baba or Jesus and contribute amazing things to the world,” Swami says. “Everybody can do it. That’s my golden statement. That’s my mission. Everybody’s equal. What did Jesus Christ say? Who really trusts in him—they will become more powerful than him. That means all his students. Everybody’s equal.” Swami believes that it is a master’s duty to teach the knowledge to the student so he or she can reach this level not to keep them as students or devotees forever. “Studentism is a kind of slavery, “ Swami says. It is his heartfelt desire to create spiritual masters that are “greater” and more powerful than he is.

Bringing the ancient knowledge to the world 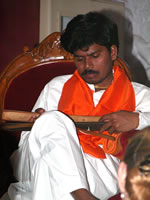 “The only difference between the master and the student is knowledge,” says Swami. “The master knows certain things that the student does not yet know. If I’m eating a mango, it’s crazy just to say to you, ‘This is so sweet!’ You must taste the sweetness for yourself.” Swami says that you must have that knowledge and that it is his dharma, his duty, to bring the ancient knowledge of the great rishis of India to the modern world. For thousands of years this knowledge has been hidden and protected, taught only to a few. Now is the time for the world to receive the knowledge of the powerful spiritual systems written about in the ancient manuscripts. 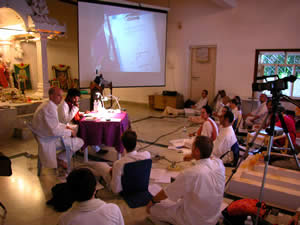 Teaching Vaastu during the Soul University 2006/2007 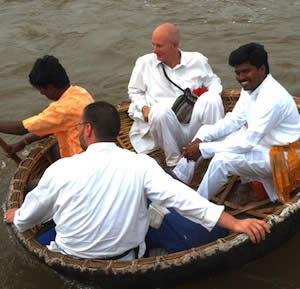 The knowledge is important and how you use it is important. This is the wisdom that Swami Kaleshwar is giving open-heartedly to the world. He is a spiritual master intent on making more spiritual masters—hundreds more—who in turn will have the capacity to make hundreds and thousands more. All of them will be trained to bring enlightenment and healing to mankind during these critical times.

According to Swami the current state of spirituality is deeply unfortunate. He believes many saints have ruined spirituality by keeping the real knowledge hidden, justifying their refusal to give it to the world by saying such things as, “A crow is a crow, it can’t become a peacock.” Swami says that this is simply egoism. He believes that each person is a child of the same God. Swami heartfully advocates that everyone is worthy of this knowledge and it should and must be given to the world. He is changing the way people view a spiritual master. He teaches that you should look at a spiritual master as a friend, a brother, guide and your dearest well-wisher, not as a god.

He also disagrees very strongly with masters who say one thing and do another and who tell their students to always follow rigid guidelines—such as being vegetarian, abstaining from alcohol or sex—yet, secretly enjoy these things themselves. He teaches that this is hypocritical. He does teach that dikshas (guidelines and restrictions) are necessary to achieve certain energies while doing a particular spiritual practice; just as the length and breadth of each practice is specific, so are the dikshas that come with it. In general, however, Swami does not ask his students to follow stringent lifestyle restrictions. He teaches that it is a crime to kill a person’s happiness and argues that this is not an expression of real spirituality.