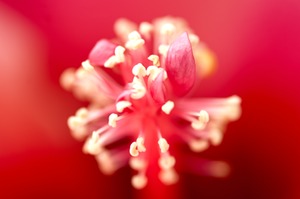 I’ve had quite a few remarkable experiences and I’d just like to share one of them. For about two years I’ve been going to an ‘ecstatic’ dance evening. It’s a weekly dance and the people who attend this are kind of an interesting mixture of new agers, people who need to vent, and people who need healing. There is always a lot of openness and receptivity at this particular dance, with a live DJ playing a combination of spiritual music, trance music and all that.

After Shivaratri, I went to the dance and at the end there’s always a circle where people sit down and share their experiences. At that time, I shared some of my experiences in India. I told them I had highly charged sandalwood paste and if their soul desired it, I would love to give them shaktipat. I typed up a flyer for the following week explaining the meaning of shaktipat, and at the end of the next dance, 50 to 60 people were standing in line to get shaktipat! That was my first experience like this.

About four months later, I went to the dance, but felt that I had outgrown the energy of the dance, and ‘spirit’ was telling me, ‘unless I come to give something, the dance was no longer serving me or serving others.’

I always begin each dance with a meditation and this one particular night, I brought my Shiva Nataraj statue and Mahakali statue and put them on opposite sides of the room. It felt that the energy of the dance was particularly low this evening, too egotistical and too sensual. I began to chant the Mahakali prayer. I could really feel the energy come up and felt a shock wave of energy rising up through me. I followed the Mahakali mantra with the Shakti Gayatri and finished with the Sky Mantra. I felt the whole energy of the place keep rising as I chanted my prayers, almost like a wave or a band of energy that just kept going back and forth across the whole dance floor.

I could feel Mahakali taking her sword and slicing up the egos! This was followed by a remarkable peace – the Shiva energy. At the end of the dance, the leader, who is pretty tuned in spiritually, opened up and said, “You know, I have never said anything like this before, but I had a really strong sense of the Mother and Father’s energy tonight.” I talked with her afterwards and shared what was happening, and she was shaking her head in silence.

As a result of the prayers, meditation, shaktipat and being present in an energetic place, a number of people opened up and said they had really been going through a lot of purification since the sandalwood paste shaktipat. Not just a few individuals, but quite a few came up and said, “I’m so glad you’re here tonight. I look forward to your presence,” and stuff like that. Jai Guru!