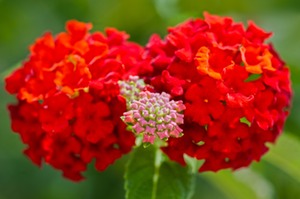 It was the end of 2006 and I had never met a Swami before. I had been studying and teaching spirituality for almost 20 years and knew that when the student was ready, a Master would appear. After 20 years of meditation, I felt I was ready to begin my final path towards oneness with God and I knew that I needed an Enlightened Master to bring me through the final steps. Alone, it was impossible.

My greatest goal in life was to find my true teacher, but I had preconceived ideas of what a Swami should be able to do. So I signed up for an interview with Sri Kaleshwar in Tokyo.

I decided that if Sri Kaleshwar was really one with God, he should be able to read my thoughts. I also decided he should be able to produce a ‘gem’. Seeing and experiencing a miracle firsthand was a must in my book. So I asked inside myself for proof that Sri Kaleshwar was really an Enlightened Indian Saint. I knew I was testing him but if he was the teacher I was searching for, if my ‘tests’ were passed by him, I would give my soul and my life to him and follow his teachings. This was a huge meeting for me.

I had heard from my friends that Sri Kaleshwar could produce rings and necklaces and vibhuti. For some reason, I had the picture of a gem stuck in my mind. I also wanted proof that he could read my thoughts.

After listening to all of our questions and producing rings for everyone, he looked at me and said, “Put out your hand.” I did, and as he stared into my eyes, he spun his right hand around two or three times. In between his thumb and first finger, the most beautiful gem appeared and he placed it gently in my hand. I knew at that moment I had found the teacher I was to follow for the rest of my life. My questions had been answered and my doubts were gone.

The love exuding from him surrounded all of us. Here was a man who had allowed God to penetrate him completely. I was home. To this day the gem produced shines with an otherworldly light. Thank you Swami and Baba. My life is complete with you two in it.